Lafourche Parish Sheriff Craig Webre announced a reward is being offered for information leading to the arrest of a man who attempted to use a counterfeit bill at a Larose truck stop.

At around 10:15 a.m. on Friday, August 18, deputies responded to a truck stop on LA Highway 308 in Larose in reference to a male subject having attempted to use a counterfeit bill. After the cashier told the subject the bill was fake, he left the store in a black sedan. Surveillance cameras captured photos of the suspect and the vehicle.

Anyone who can identify the suspect, or anyone with any information on this incident, is asked to submit a tip anonymously through Crime Stoppers Bayou Region by phone at 1-800-743-7433 or online at www.crimestoppersbr.org. Tips can also be submitted using the P3 Tips app on your mobile device. Tipsters could be eligible for a reward of up to $1,000 in cash if the information leads to an arrest. 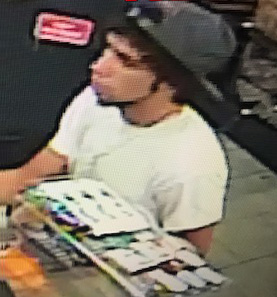 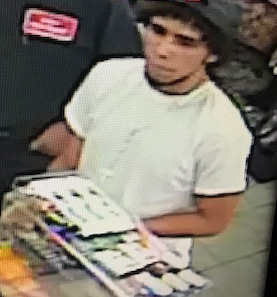