Lafourche Parish Sheriff Craig Webre was recently honored with the Egon Bittner Award presented by the Commission on Accreditation for Law Enforcement Agencies (CALEA). The award is presented to Chief Executive Officers who have commanded a CALEA Accredited agency for fifteen or more continuous years. CALEA was slated to present the award to Sheriff Webre at their national conference in July, but that conference will now be a virtual one due to restrictions from the COVID-19 pandemic.

“This is an exceptional honor that I share with the men and women of the Lafourche Parish Sheriff’s Office,” said Sheriff Webre. Without their dedication to excellence and their collective commitment to maintaining the highest levels of professionalism, accreditation would not be possible. The citizens of Lafourche deserve no less than the best public service, and that is what we aspire to provide.” 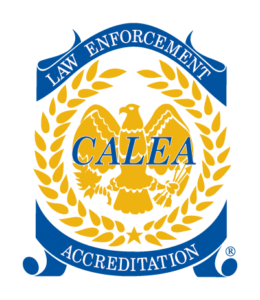 Law enforcement agencies must meet more than 400 standards in order to gain accredited status from CALEA which now lasts for a period of four years. During that time, the agency must submit annual reports attesting to continued compliance with those standards under which it was initially accredited. The most recent review process for LPSO began in 2019, but CALEA has been delayed in finalizing that process due to the COVID-19 pandemic.

“As law enforcement standards, practices and actions continued to be questioned and challenged throughout the world, we subject ourselves to an even higher level of scrutiny,” said Sheriff Webre. “CALEA ensures we not only have fair and legal policies but that we are practicing them as well.”

The Egon Bittner Award was created to recognize leaders for their significant contributions to the public safety profession and to CALEA. Dr. Egon Bittner, himself, greatly contributed to CALEA’s early development in 1979-80, and he served as a CALEA Commissioner from 1981 through 1988. He brought wisdom and expertise to CALEA’s deliberations. He was a professor of Sociology at Brandeis University in Massachusetts, with a national standing on law enforcement issues. He retired from Brandeis in 1991 and died on May 7, 2011.